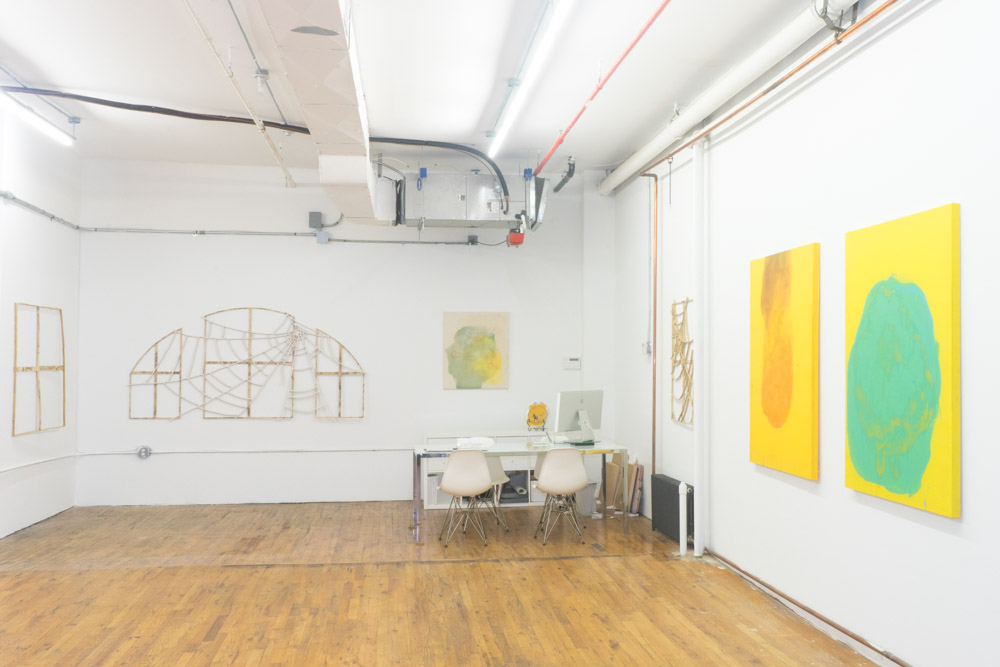 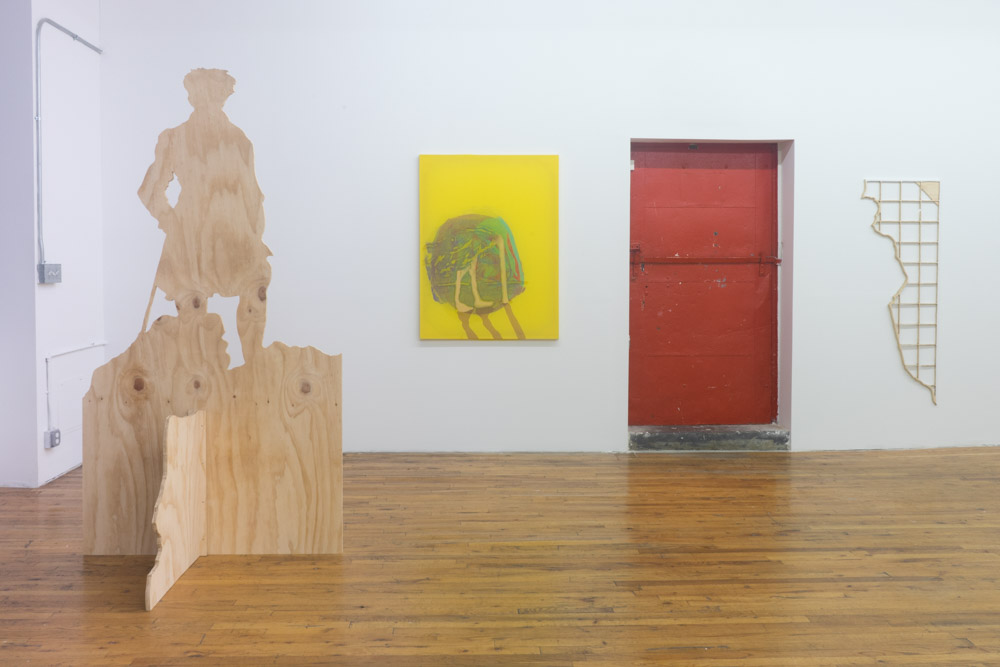 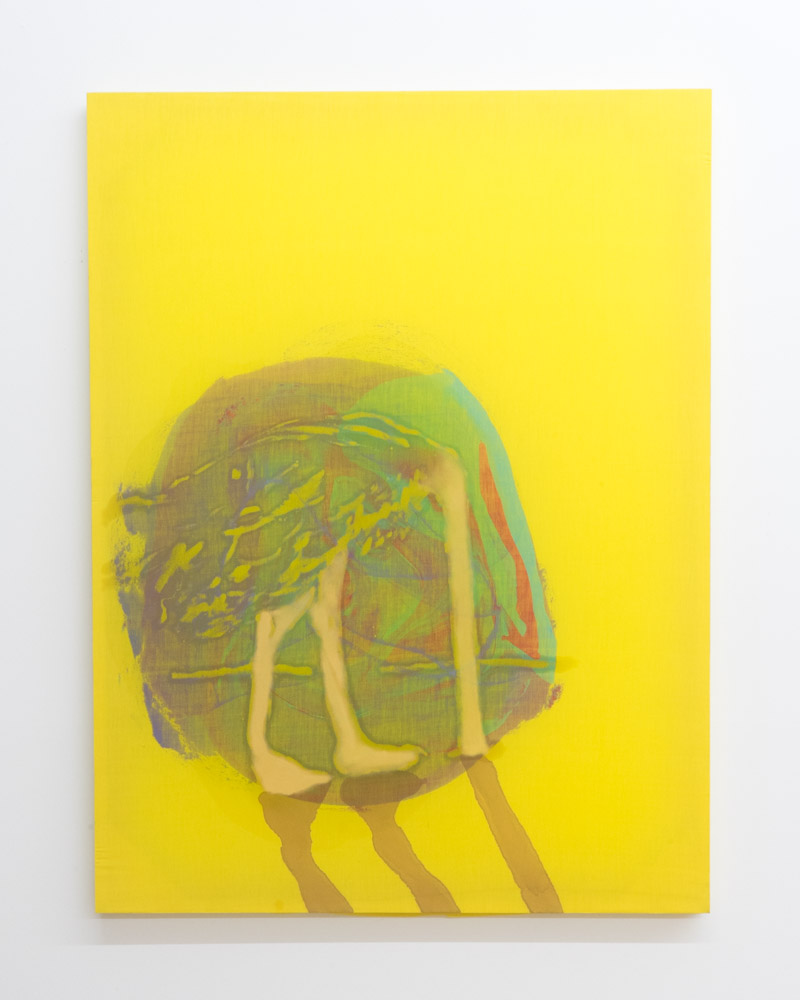 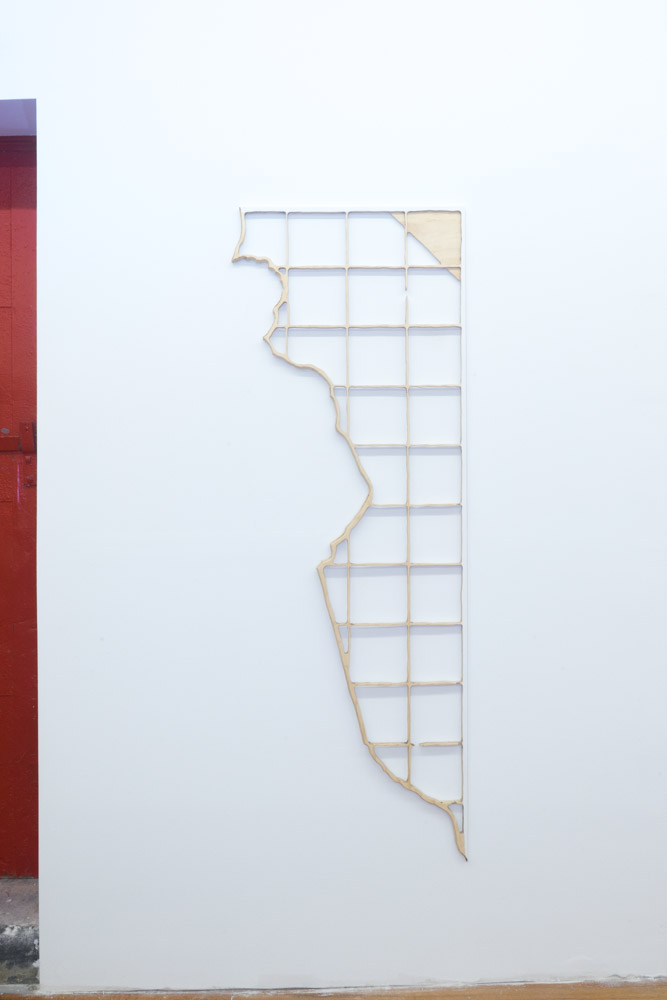 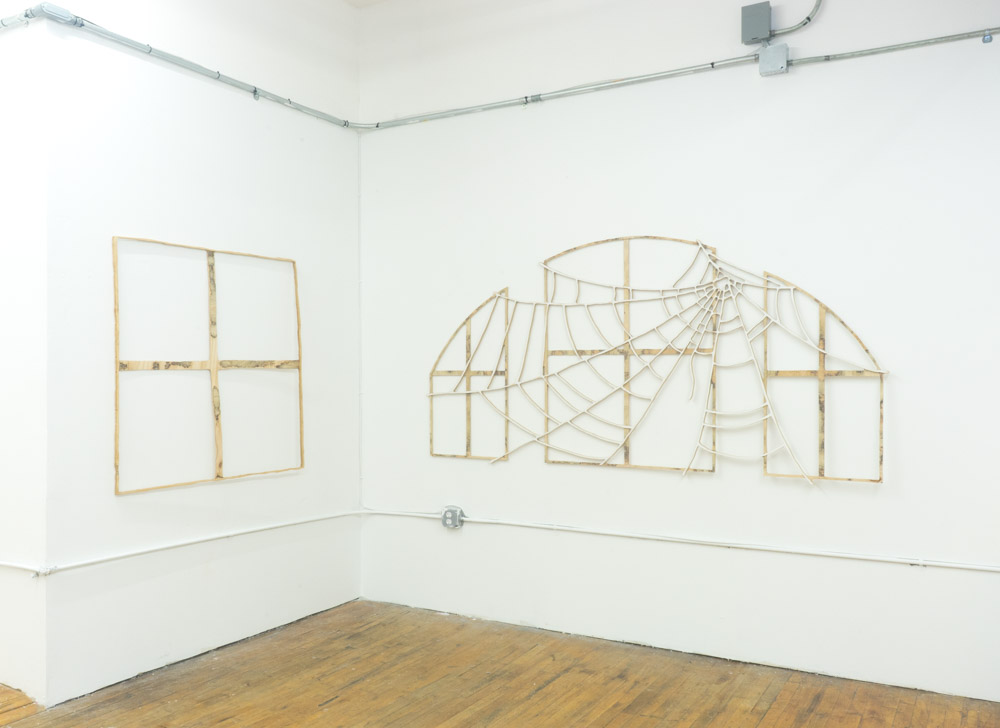 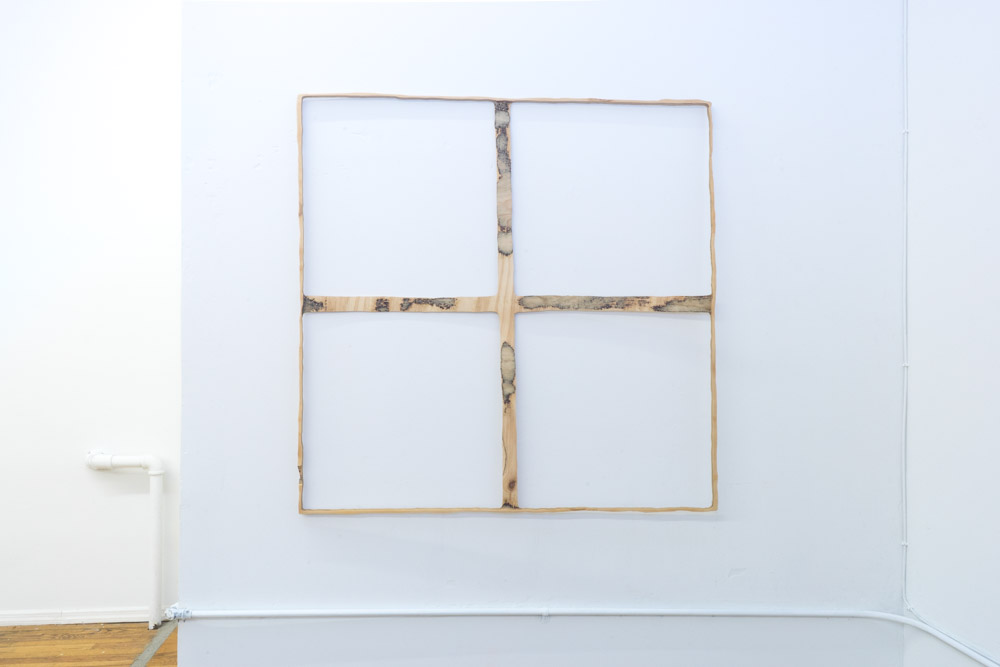 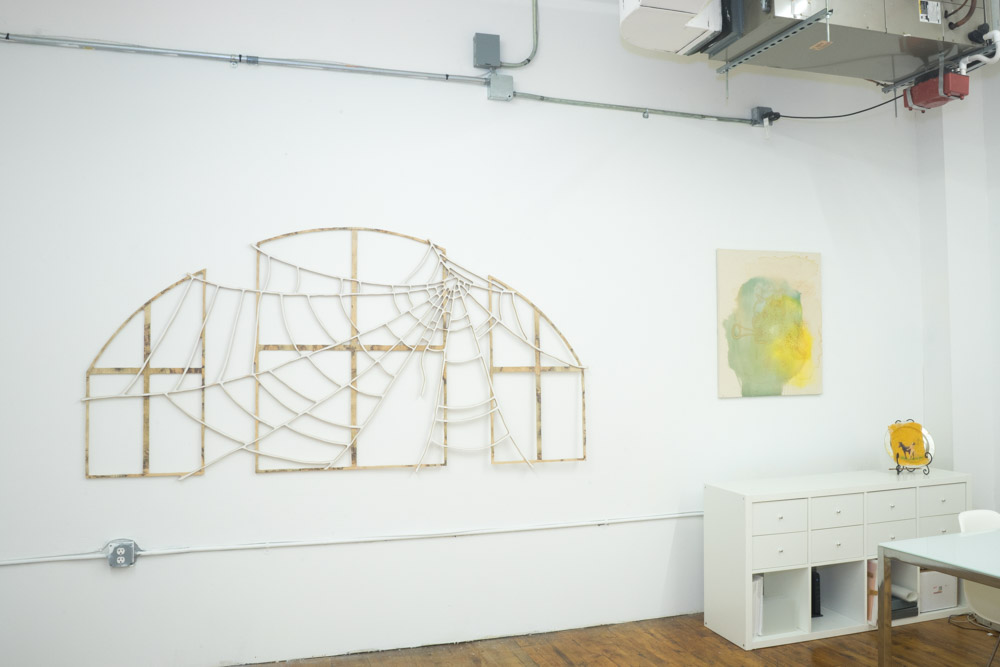 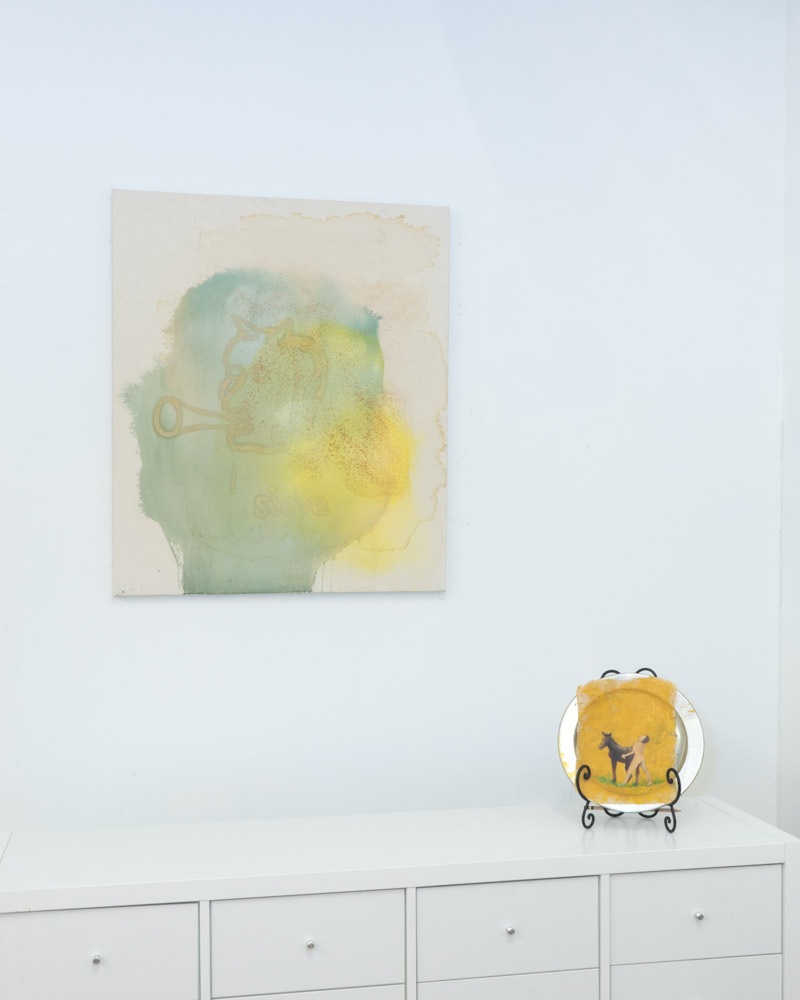 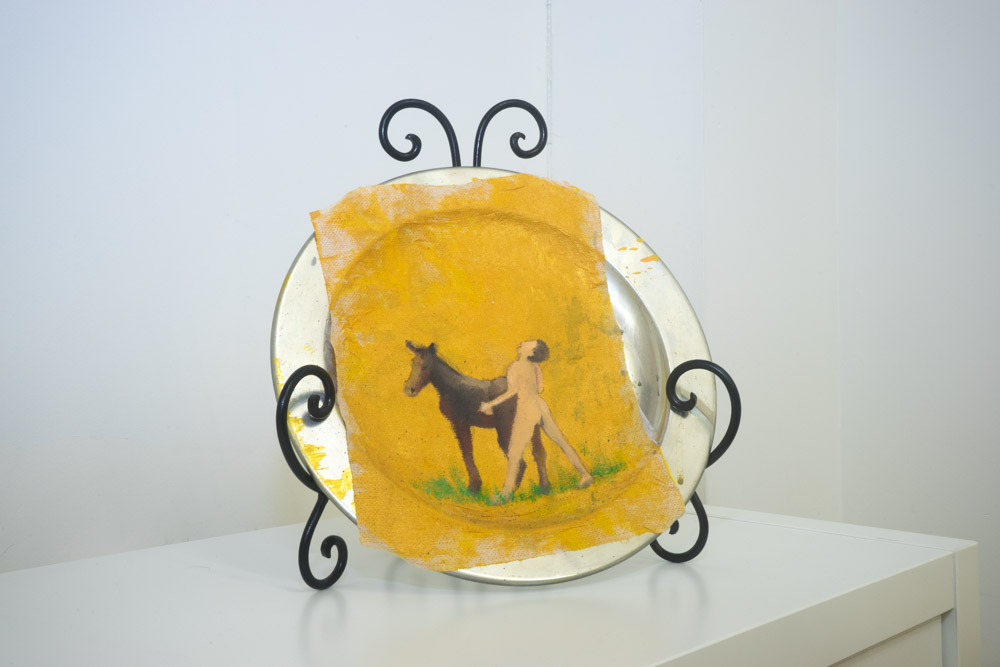 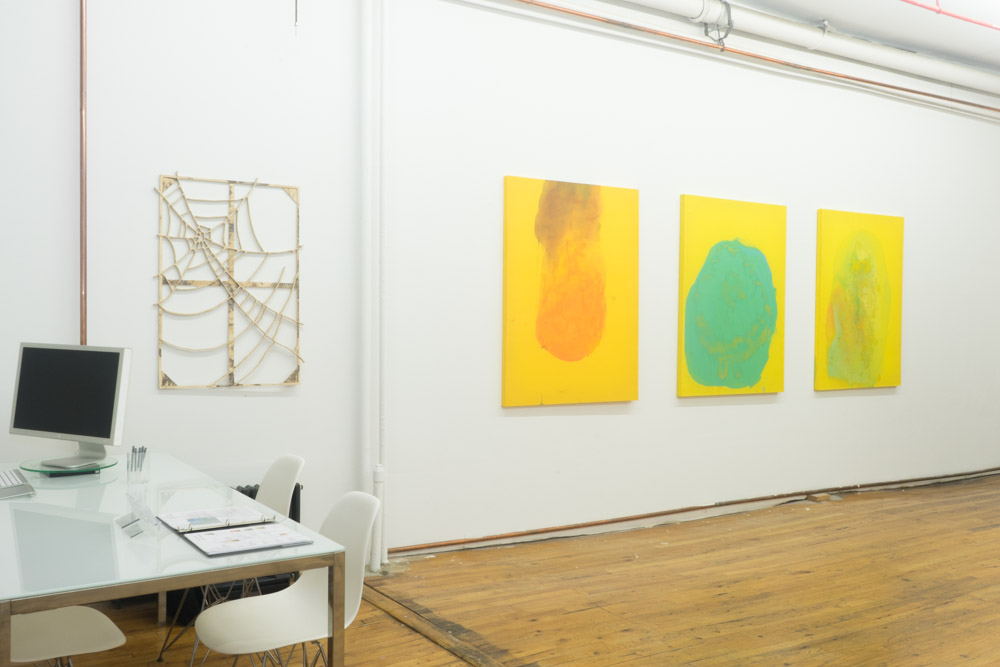 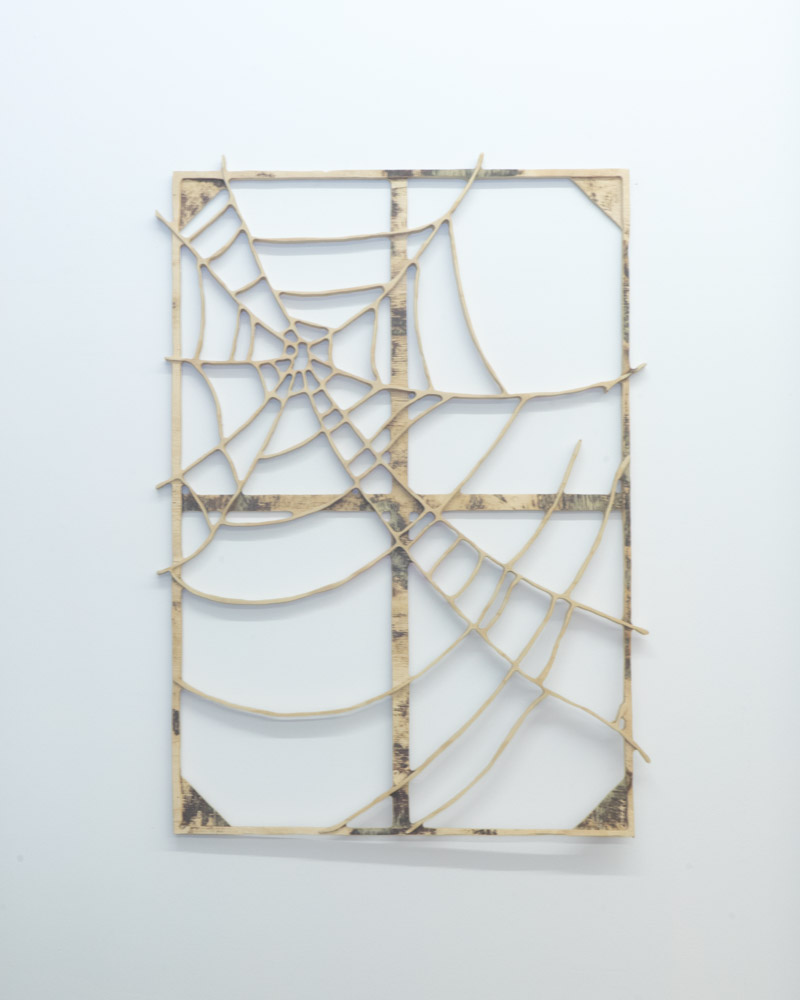 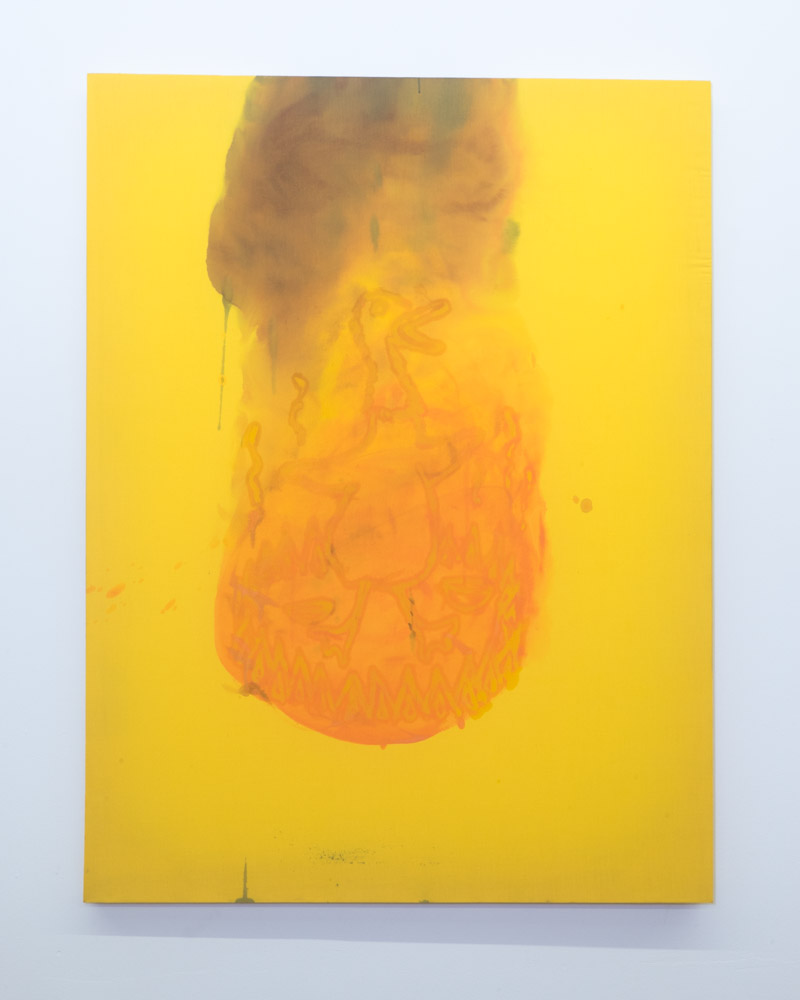 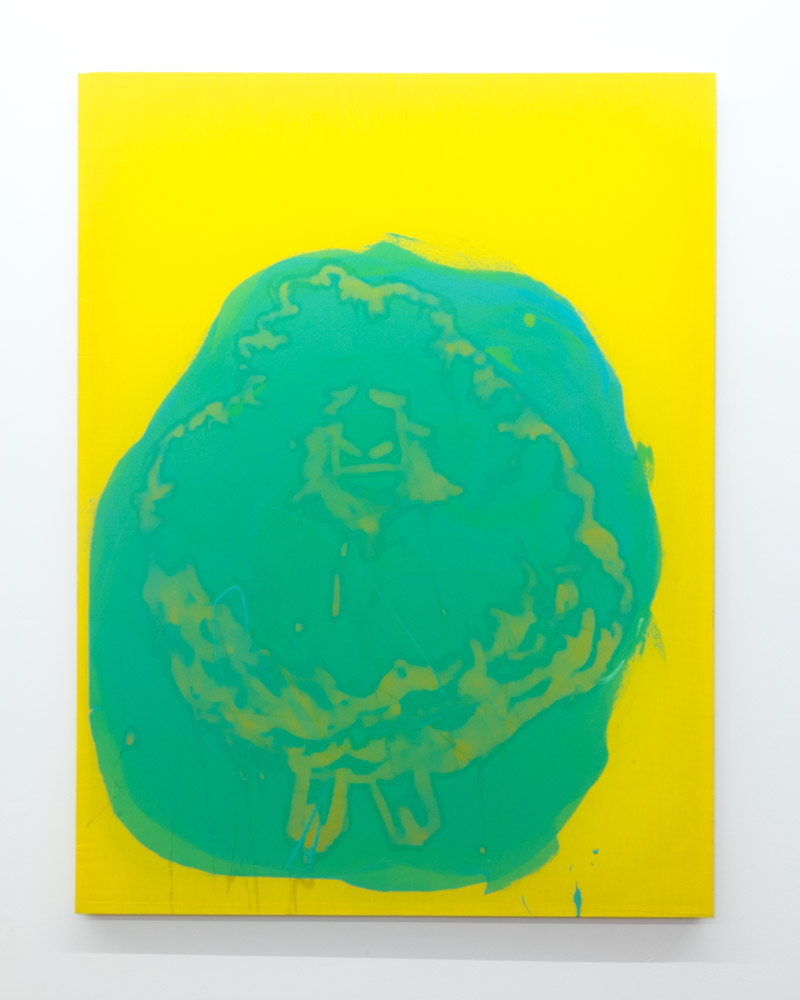 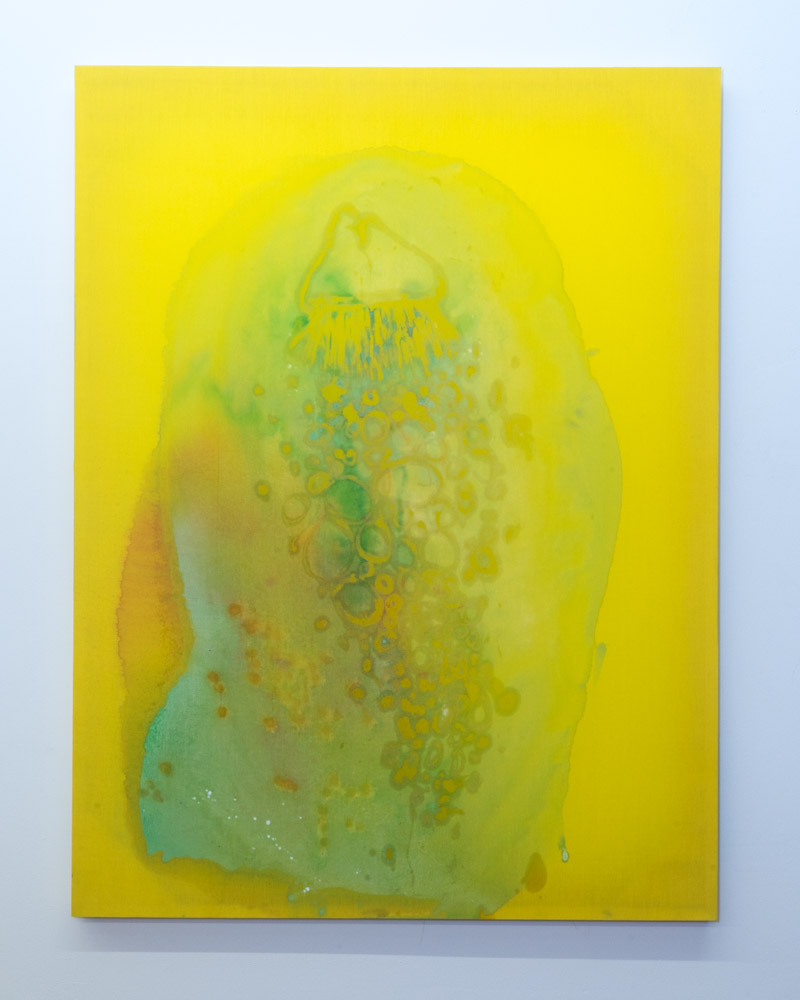 Los Ojos is pleased to present a two-person exhibition featuring the work of Kyle Ford and Brian Sharrock.

The paintings included in the show by Kyle Ford are executed in oil and acrylic on solid, yellow cotton fabric. His process involves the application of stand oil without pigment to these surfaces. This results in differing levels of saturation across the pieces in response to varying resistance from poured, scraped and brushed acrylic. The figures depicted by Ford in these works include a variety of human and animal representations that bring to mind historical depictions of these subject in art and literature. We are made to wonder what these creatures signify in contemporary culture and in the context of their past incarnations.

Brian Sharrock’s pieces are routed plywood sculptural hybrids. This body of work, loosely-based on Mary Shelley’s novel Frankenstein, bring into question their creation in an environment saturated with digital fabrication. They also raise the spectral enigma of Shelley’s monster and his place in a world in which he exists more as a shadow than as a fully-formed being. The webs, acting as stand-ins for Frankenstein’s creature, grow as a method of survival for the spider yet exist only as a footprint after his departure.