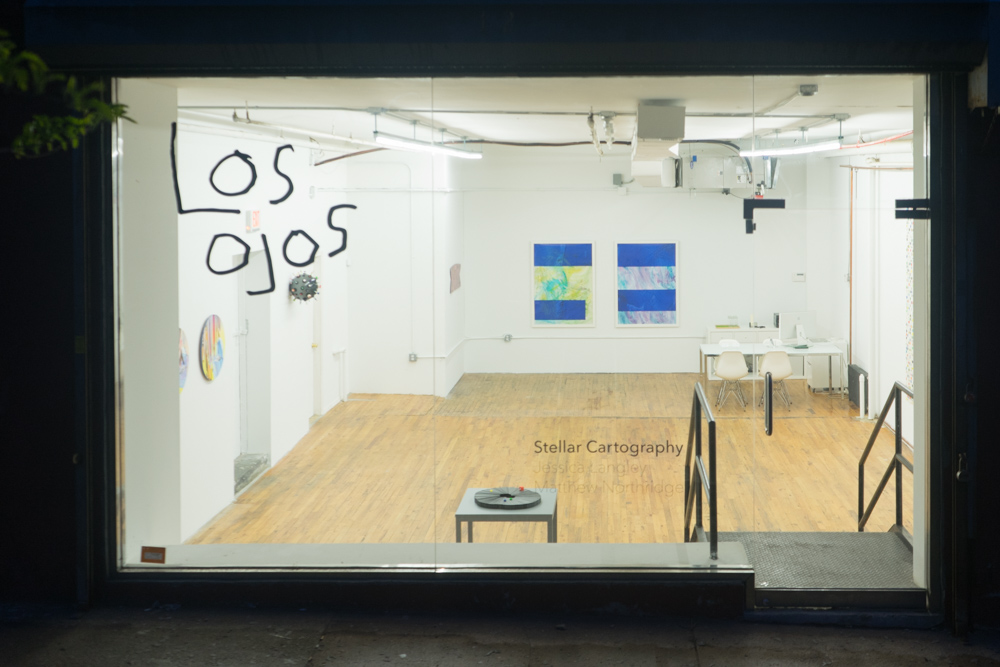 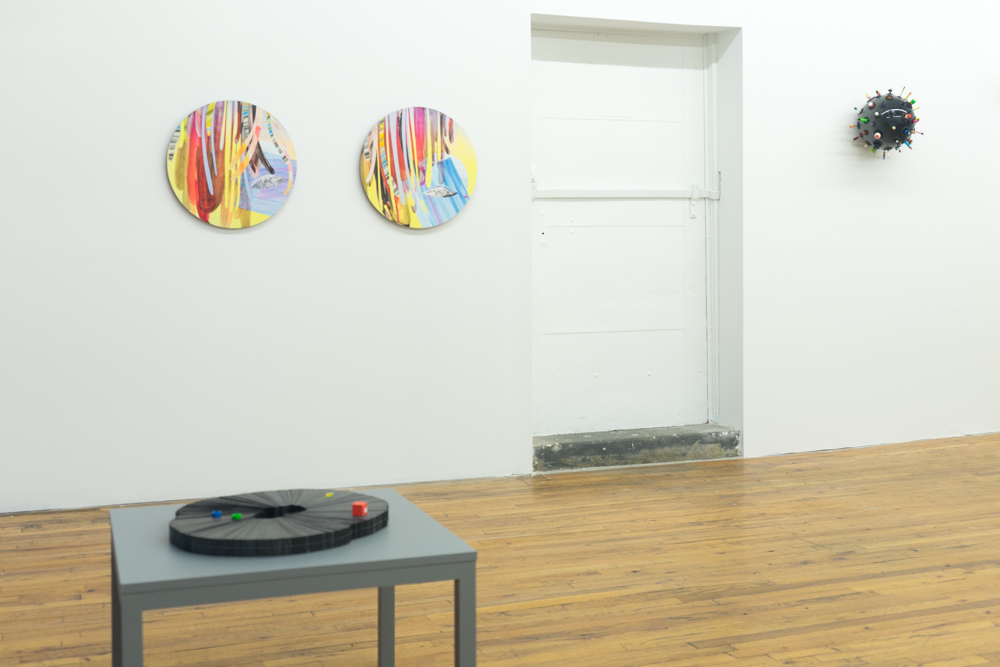 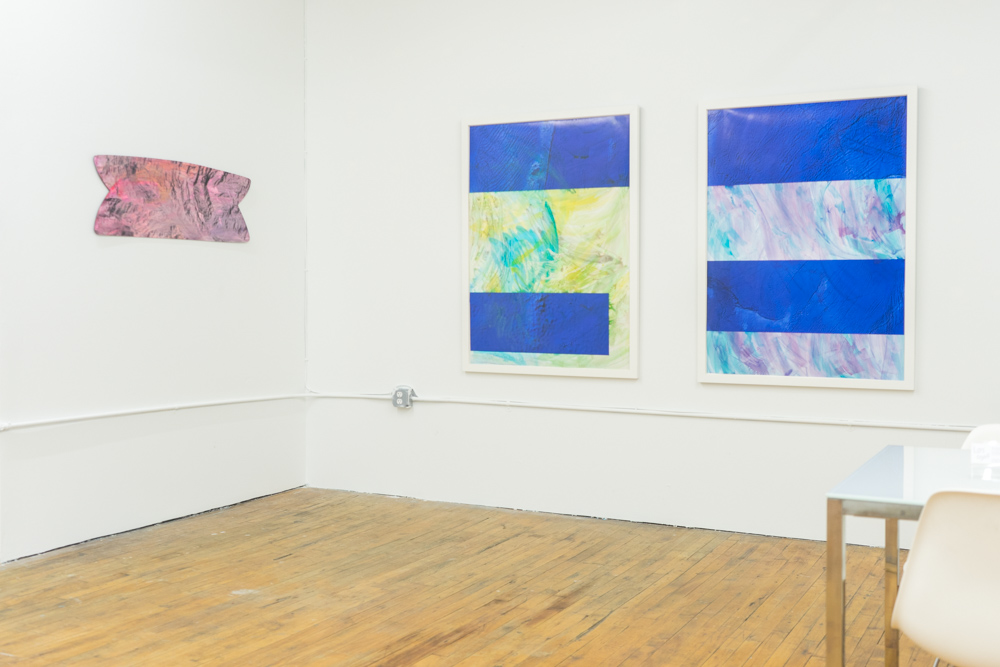 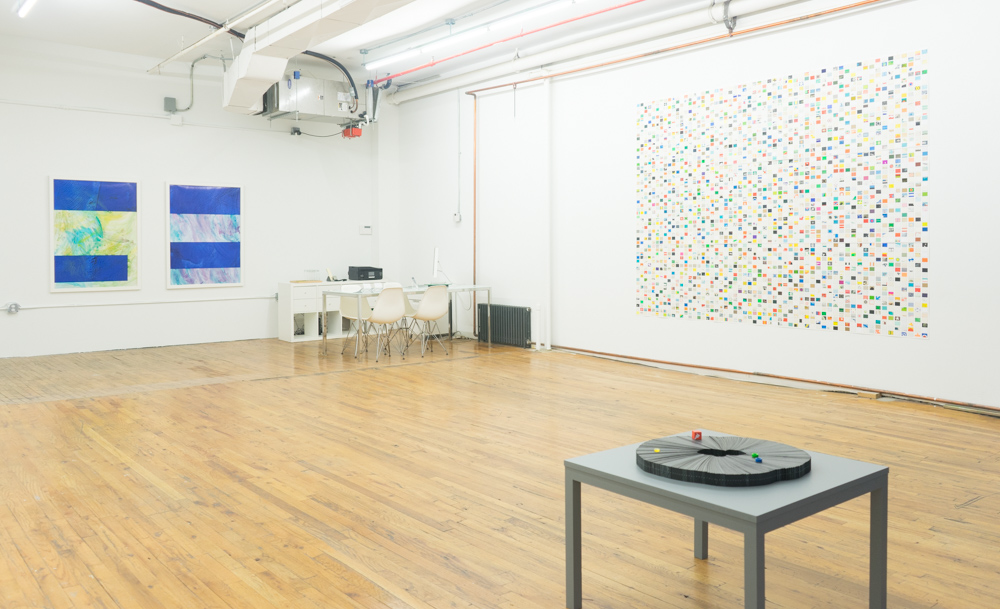 The space age has generated its own unique aesthetics. With the initial catalyst of Sputnik’s metallic sphere, the ’50s and ’60s saw a frenzy of engineering achievements energize the contemporary zeitgeist. The excitement around lunar landings inspired some of the vibrant imagery of pop art, and orbiting space stations and the space shuttle program fueled the dialogue between art and science in the succeeding decades.

Now ubiquitous access to satellite imagery, missions to previously unreachable celestial bodies, and the emergence of commercial space exploration inspires a new group of artistic responses. Stellar Cartography addresses the endless enigma of what exists beyond us and our environment. It also raises questions about how we appear from an otherworldly perspective.

Jessica Langley’s paintings combine satellite imagery of the earth’s surface with her own gestural brushstrokes. While her contoured panels reference windows, mirrors or cartoon eyes, her own marks disrupt the crystalline vision offered by the images. Seemingly omniscient points of view are covered with unique responses to the landscape. Langley received her MFA from Virginia Commonwealth University and lives and works in Queens.

Matthew Northridge’s sculptures and collages combine elements of geography and astronomy in a cogent yet playful way. They bring to mind tales from science fiction while remaining solidly deferential to stellar reality. His “Hollow Moon Reveals Itself,” for example, borrows the shape of the celestial object while referencing myths and alternative theories of its creation. Its colorful extensions contrast with its dark surface, suggesting activity that adds to the folklore. Northridge received his MFA from The School of the Art Institute of Chicago and lives and works in Brooklyn.